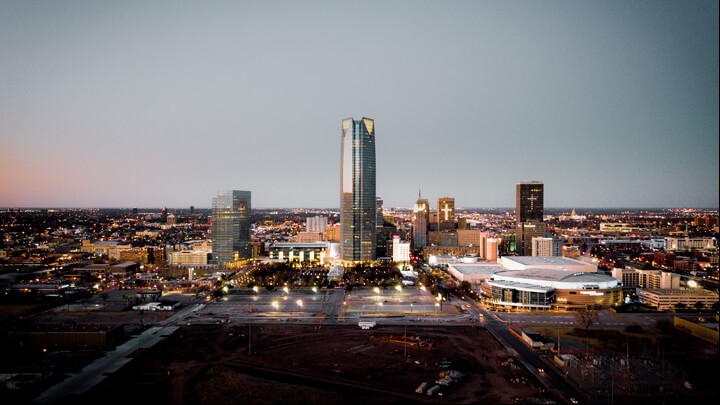 On November 15-17, 2010 leaders from around the world will converge in Oklahoma City for the 2010 Creativity World Forum. This global event will explore how creativity and innovation drive commerce, culture and education, and will feature some of the world’s greatest thinkers in this area such as The New York Times best-selling author Daniel Pink (“A Whole New Mind;” “Drive: The Surprising Truth About What Motivates Us”),international advisor on arts in education, creativity and self-fulfillment, Sir Ken Robinson. It will include business leaders who “walk the talk” like Blake Mycoskie (founder and chief shoe giver of TOMS Shoes Inc.) and Erik Logan (President of Harpo Productions). There will be a CEO session on innovation, giving back and creative capitalism (hosted by Forbes Magazine). David Pogue, Andrew Zolli and Robert Tercek will be there to push the technology envelope.

When I talk about this forum with people, the first question I hear is, “Why does creativity matter?” And then, “Why Oklahoma?

Why does creativity matter?

The short answer is because the future of our country depends on it. Our country's creative capacity will determine our economic success or failure for the next several generations.

Recently in the United States the volume level has been rising around the topic of “The Creativity Crisis.” As a matter of fact, in a July 2010 Newsweek cover story using that exact title, the authors explored the issue from a variety of viewpoints. None was more jarring to me than the work of Kyung Hee Kim at the College of William & Mary whose research on Torrance scores is leading the way.

Since 1958, the "Torrance score" or "CQ" has been used to measure children’s creativity through a series of 25 creative activities. There is a strong connection between childhood creativity and one's creative output as an adult: childhood CQ's correlation to lifetime creative accomplishment is three times stronger than childhood IQ. Dr. Kim’s analysis of over 300,000 Torrance scores of children and adults shows that American CQ scores steadily rose until the 1990s and have since been trending downward, particularly among elementary-school aged children.

Some may say, so what? Well, let’s see what our business leaders have to say about it. According to a recent survey of 1,500 chief executives, conducted by IBM's Institute for Business Value, CEOs identify "creativity" as the most important leadership competency for the successful enterprise of the future.

So, our students are showing a decline in creativity while our business leaders are saying this is THE most important leadership competency. This is what I call a conundrum. Something will have to give.

Sir Ken Robinson defines creativity as “ the process of having original ideas that have value.” This then leads us to the larger point: How do we develop an environment where the process of generating original ideas that have value may flourish? If creativity is what our businesses want – and our educational system is not addressing this as a need – we have to make a change.

As advocates, we know that finding the right solutions to this conundrum will have many ramifications for the future of quality music and arts education programs in our schools.

Oklahoma…and then the rest of America?

The answer to the question of “Why Oklahoma?” is simple although it may not be obvious.

Leaders in Oklahoma have been pushing an intentional strategy to address creativity in their state. Led by the non-profit group Creative Oklahoma, this initiative has brought together leaders from business, government, non-profit, culture and education. They want to create an environment where creativity may flourish.

Creative Oklahoma’s relentless focus on the intersection of commerce, culture and education has either been directly responsible or been a catalyst to advancements in the state’s creativity and innovation efforts as well as in positioning the state to be competitive on a global basis in the future. Leaders from creative districts around the world will gather at the World Creativity Forum to learn some of the lessons from Oklahoma. They will also share their own strategies and knowledge about how to intentionally plan, nurture and grow successful regional efforts to spur on creativity and innovation.

Leaders from emerging regions here in the United States will attend with the aim to establish the first network of creative districts in our country.

Susan McCalmont, of the Kirkpatrick Foundation and one of Creative Oklahoma’s founders, says, “This Forum brings together entrepreneurs, corporate leaders, knowledge workers, educators, cultural leaders and policy makers from across the globe and provides opportunities for learning and sharing ideas to help propel us all to the next level.”

Let’s hope she is right. Because the more our country focuses on our “creativity crisis,” the more it will illuminate the important role that music and the arts play in the development of our young people.

-- Bob Morrison, founder of Quadrant Arts Education Research and a member of the SupportMusic Coalition Steering Committee, is a member of the planning committee of the 2010 Creativity World Forum in Oklahoma City. He is also a member of the board of the National Creativity Network (NCN) to be launched in November 2010.