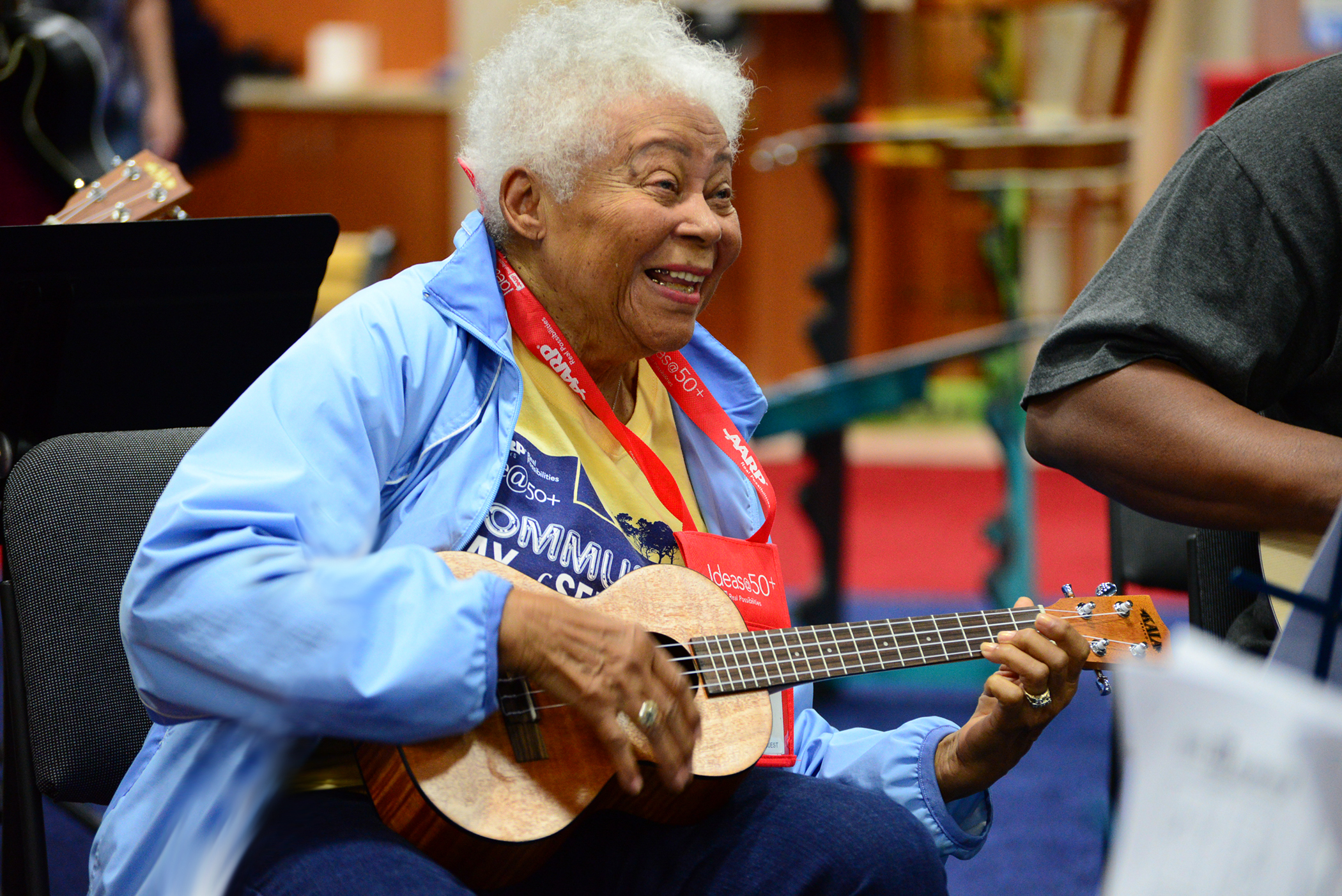 Music has been found to stimulate parts of the brain, and studies have demonstrated that music enhances the memory of Alzheimer's and dementia patients, including a study conducted at UC Irvine, which showed that scores on memory tests of Alzheimer's patients improved when they listened to classical music.

Playing an instrument as a kid leads to a sharper mind in old age, according to a new study conducted by Brenda Hanna-Pladdy, a clinical neuropsychologist in Emory’s Department of neurology, and her colleagues.  The researchers gave 70 people between the ages of 60 and 83 a battery of tests to measure memory and other cognitive abilities.  The researchers found that those who had played an instrument for a decade or longer scored significantly higher on the tests than those with no musical background.

- Quoted in Diane Cole, "Your Aging Brain Will Be in Better Shape If You've Taken Music Lessons," National Geographic, January 3, 2014

Cognitive and neural benefits of musical experience continue throughout the lifespan, and counteract some of the negative effects of aging, such as memory and hearing difficulties in older adults.

Involvement in participatory arts programs has been shown to have a positive effect on mental health, physical health, and social functioning in older adults, regardless of their ability. The arts also contribute to communicating, building sense of identity, preserving or restoring social capital, and strengthening social networks in communities.

- Arts in Aging report from the National Endowment for the Arts. Accessed on 8/21/2015 http://www.cms.msu.edu/docs/BenefitsMusic-Adult.pdf)

Research shows that music activities (both music listening and music making) can influence older adults’ perceptions about the quality of their lives. Some research has examined the effects of music listening on biological markers of health and subjective perceptions of wellbeing. Other studies on the psychological and social benefits associated with music making activities have demonstrated that participants often place considerable value on these “nonmusical” benefits of music activity.

It is through interaction within and through the arts that we are human. We are fortunate to provide our students learning opportunities through music. The designation of a Best Communities for Music Education award has validated the relentless work our music educators, administrators, and board of education have put forth to support the arts in our district.