ADVOCACY IN TIMES OF FISCAL CRISIS: Your Local Music Coalition 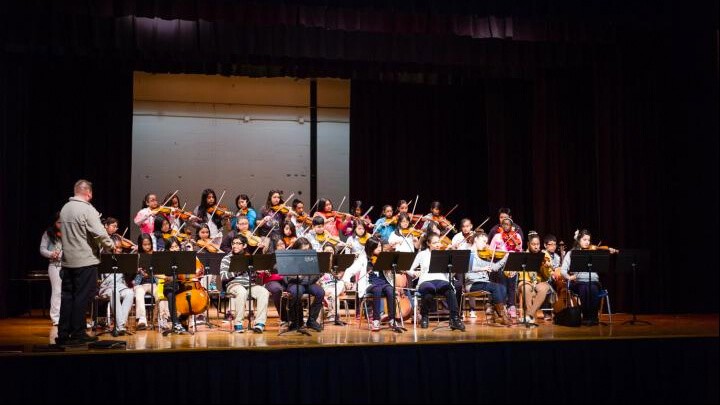 Editor’s Note: According to a November 12, 2008 release from the Center on Budget and Policy Priorities, at least 41 states faced or are currently facing major shortfalls for this and/or next year: current estimates of mid-year gaps total $24.3 billion (on top of a $48 billion shortfall announced in late summer) and will certainly widen as economic turmoil continues. As a result, at least 16 states have already cut or made proposals to cut K-12 education with additional cuts likely.

In these times of unprecedented fiscal crisis, it’s more important than ever to have a strong and active local music coalition to defend your school music programs.

Students who study music are found to do better in school and in life: a recent Harris Poll revealed that 93% of Americans agree that the arts are vital to providing a well-rounded education for children and a Lake Research poll of 1,000 likely voters revealed that 83% of voters believe that a greater focus on the arts – alongside science, technology, and math – would better prepare students to address the demands of the 21st century. The arts and music are essential to students’ development, yet these programs are particularly vulnerable to school district budget cuts. In fact, a 2007 study from the Center on Education Policy found that 30% of school districts have already decreased instruction time for arts and music since the enactment of NCLB.

All children deserve access to a quality music education. It’s never too late to form a local music coalition and get involved. The following article is a reprint of Dr. John Benham’s advice on forming a local coalition, originally published in early 2005.

Why does your district need a local Music Coalition?

Because it is the most effective way to ensure that your school district provides equal educational opportunities for all students to participate in the making of music! An effective local music coalition holds a school district accountable for student-centered decision making.

Internal or Independent? Which Coalition Type is Best For Your District?

Your music coalition may be organized as a support group within the educational system (Type 1), or operate outside the district as an independent entity for the support of music within the schools (Type 2).

Districts that select the independent option often take legal steps to become recognized as a non-profit corporation. It must be structured in such a way as to provide for representation from every level of education from each school in the district, and from the community at large. Each structure has issues that determine which form may be most successful in a specific district.

Type 1: Contained Within the DistrictType 2: Independent of the School DistrictAppears to be a collaborative body within the district, potentially facilitating more cooperation within the systemMay be perceived as an adversarial body, leading to potential power struggles within the communityMay facilitate increased cooperation from administration; for example, building usage, distribution of materials, membership drivesMay make it more difficult to acquire administrative cooperationOften limits membership to parents with children currently in the programOften limits membership to parents with children currently in the programTends to be oriented toward specific music performing organizations (band, orchestra, chorus)More apt to have broad focus on music education rather than specific curricular segmentsTends to become focused on the high schoolTends to be more broad based, including representation of all levels of educationGreater turnover in leadership may lead to teacher dependency for motivationCommunity ownership provides for wider leadership base and long term participationOriented toward fund-raising; less on curricular and philosophical issuesBroader focus on all aspects of music, including philosophical and curricular issuesMay lead to competition between different areas of the music programMore tendency to provide for balance between curricular areas

The local music coalition should have a central EXECUTIVE COMMITTEE that provides for a balanced representation of all components of the music curriculum: band, choir, orchestra, and general music (P-12).

In addition to any other basic organizational or management structures you wish to establish, I recommend that you have at least the following four committees:

COMMUNICATIONS: Serving as a Public Relations vehicle with the public, this committee functions as the primary means of dispersing any information related to the music program. It includes the following responsibilities:

ADMINISTRATIVE LIAISON: This committee serves as a representative body for the exchange of information with members of the administration and school board in matters related to district policy as it affects the music program. It includes the following responsibilities: