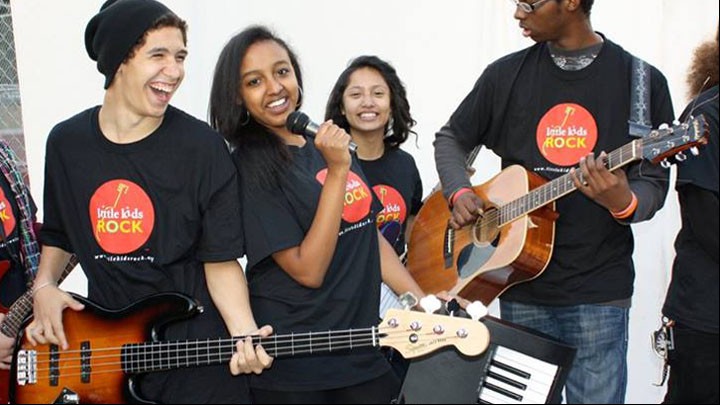 The NAMM Foundation first provided Little Kids Rock with a Music Making Grant in 2002 and provided initial support for this program that is now having national impact by restoring, expanding and innovating music education in schools. Little Kids Rock trains public school educators and donates instruments and curricular resources to support the needs of school music programs.

"The NAMM Foundation has been supportive of the work that Little Kids Rock does since 2002 and they have remained a hugely important partner of ours ever since. Their belief in music for every kid and every kid for music inspires us and aligns with our own approach. Their many trainings and conferences for grantees are a huge value-add on top of the funding that they provide to Little Kids Rock and so many other worthy nonprofits in our space,” said David Wish, founder and CEO of Little Kids Rock.

Matt Prol, senior manager of institutional giving at Little Kids Rock shared that, “Our partnership with The NAMM Foundation has supported the Modern Band Summit, our four-day, national teacher professional development conference. Each year, the Summit gathers hundreds of Modern Band teachers, arts administrators and district officials, higher education leaders, arts advocates, supporters and other special guests to advance the cause of Modern Band in the U.S. public school system.”

According to Prol, Little Kids Rock has grown from an organization serving students in dozens of classrooms across a couple cities, to become the largest nonprofit provider of teacher training, music curricula, and contemporary instruments (e.g., guitars, keyboards, and drums) in the country — with support from The NAMM Foundation.

“Little Kids Rock is recognized as a national thought leader in the field of inclusive, culturally relevant, and student-driven music education. This could not have been achieved without the steadfast support of partners like the NAMM Foundation,” shared Prol.

My hope is that folks who participate in rhythm-based programs come away with a greater sense of their unique gifts, creativity and ability to connect both to themselves and their community.