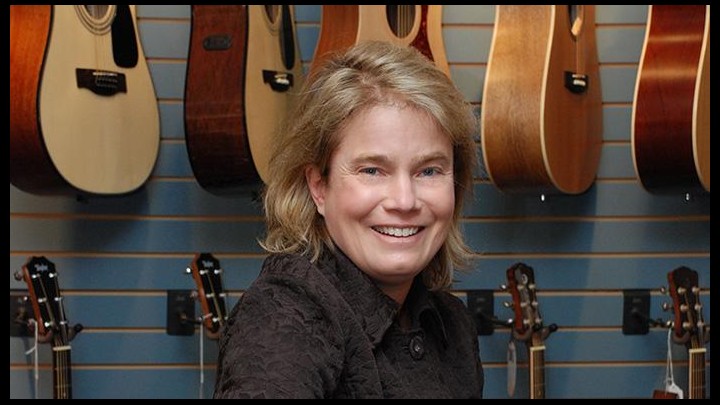 CARLSBAD, Calif. – March 19, 2019 – The NAMM Foundation and the Reisman Family have announced a fund in honor of NAMM board member, music education advocate and industry leader, Liz Reisman; she was 55 when she passed away 30 months after being diagnosed with brain cancer.

Reisman was the owner of Creative Music Center in Monroe, CT and a passionate supporter of music education on a local and national level, advancing music-making opportunities for all school-aged children. To continue her work, and honor her memory for generations to come, the Reisman family is creating a new fund: The Liz Reisman Fund for School Music Education. This donation, together with others made in Liz’s name, now and in the future, will support NAMM Foundation grants that impact school music education and help more people experience the joys of making music.

“Liz was beyond passionate about the influence music can and should have on our youth,” said her husband Mike Reisman.  “She was brought up with a flute in her hands and in many ways defined by her myriad experiences in schools, camps and community organizations dedicated to music education. One of her greatest joys was to watch the smiles of children brimming with new found self-esteem via music.”

The Fund was announced at the Meeting of the Members at The 2019 NAMM Show. NAMM Chair Robin Walenta said, “For those of us who knew Liz, we know the strong belief she held in the power of music education. This donation, together with others made in Liz’s name, now and in the future, will support NAMM Foundation grants that impact school music education and help more people experience the joys of making music.”

Since its inception in 1994, The NAMM Foundation has donated more than $16 million in support to domestic and international music education programs, scientific research, advocacy and public service programs related to music making.  The grants are funded in part by donations from the National Association of Music Merchants (NAMM) and its 10,400 member companies worldwide.

“When the NAMM Foundation was established, it was our earnest hope that it could be a means to honor people like Liz who was a beacon of optimism and creativity in music retail and in our advocacy efforts,” said Mary Luehrsen, executive director of the NAMM Foundation. “We are honored that Liz’s great spirit will be part of our shared efforts to advance music making for people of all ages and abilities.”

Industry members who would like to honor the life and legacy of Liz Reisman may find additional information or make a donation on The NAMM Foundation website.

Elizabeth Comte Reisman was raised in Albany, California, and began a lifelong devotion to music, playing the flute with the Oakland Youth Symphony Orchestra and the Bay Area Wind Symphony. She went on to attend the University of California, Davis, graduating in 1986. She then attended the Medill School of Journalism and Northwestern University, earning a Master's Degree in 1988.

Her love for music shaped her decision in 2002 to leave her first career in journalism at a time when her daughter was taking piano lessons at a music store in Monroe, Connecticut. But when the owner of the store announced she was closing it, Liz decided she wanted to save the business for the community.

She bought and quickly expanded the business, building a new 5,000-square-foot venue for her Creative Music Center and passionately supporting music education on a local and national level. Liz was elected to the Board of Directors of both the National Association of School Music Dealers (NASMD) and the National Association of Music Merchants (NAMM). She relished lobbying on behalf of these organizations in Washington, D.C. to support public funding for music education. Her store has been named one of the top music retailers in North American in seven of the last eight years by NAMM.

Earlier in her career, Liz moved to New York City in 1988 and embarked on a pioneering journalism career. She reported on the business of sports for several publications, including Sports Inc., The Sporting News, The National Sports Daily, and Sport Magazine. She was among the first to break the age-old barrier which prohibited female reporters from the locker rooms of pro-sports athletes, previously the exclusive domain of male reporters. She later covered sports and other business subjects for Forbes Magazine.

When the Wall Street Journal launched Smart Money Magazine in 1993, Liz joined its staff and won a prestigious National Magazine Award for reporting on the insurance industry. She joined Golf Digest in 1995 as one of its few female editors and quickly added the creation and development of a special monthly section aimed at women golfers to her responsibilities. By 1998, she led the launch of Golf Digest Women and served as its Managing Editor.

Liz is survived by her husband, Mike, and her children, Samantha, 23 and Charlie, 21 of Westport, CT, as well as her mother Renee Comte of Redwood Valley, CA and Harry Smallenburg of Burbank, CA.

From the Ash family to the Gretsch family and the whole industry in general, we thank you so much for this initiative; we will not let you down. My mom is probably looking down on us with a huge smile