Benefits of Learning and Playing Music for Adults 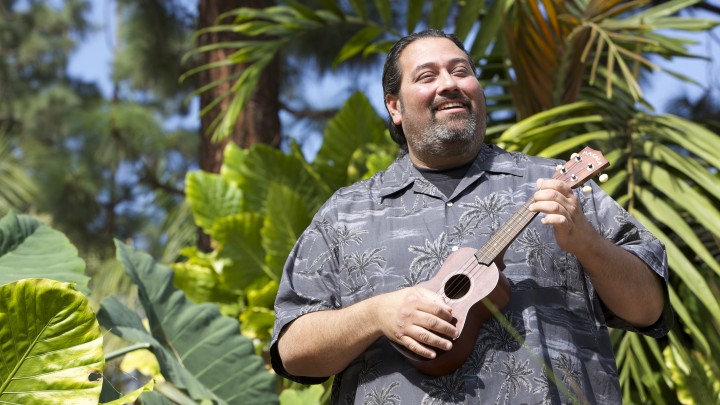 "Music may not make you a genius, or rich, or even a better person. But it helps train you to think differently, to process different points of view — and most important, to take pleasure in listening."- Joanne Lipman, "Is Music the Key to Success?" The New York Times, October 13, 2013. http://www.nytimes.com/2013/10/13/opinion/sunday/is-music-the-key-to-success.html?_r=0

"Music learning supports all learning.  Not that Mozart makes you smarter, but it's a very integrating, stimulating pastime or activity."- Kenneth Guilmartin, cofounder of Music Together, quoted in "The Benefits of Music Education," PBS.org, Laura Lewis Brown

“Music has impacted me… helping my ability to do math and to read, and to think critically.”- Fatima Gomez, BGCS/Latino Arts Strings Program Alumnus

​ “We don’t see these kinds of biological changes in people who are just listening to music, who are not playing an instrument. I like to give the analogy that you’re not going to become physically fit just by watching sports.”- Nina Kraus, director of Northwestern’s Auditory Neuroscience Laboratory, quoted in Melissa Locker, "This Is How Music Can Change Your Brain," Time, December 16, 2014

"You have to understand what it means for a combat veteran to be agitated in the waiting room. Their pupils are dilated. They are angry or waiting for something to happen. But when we have live music that day, they come to me far more relaxed. It's like an amazing miracle, and I don't say that lightly."- Dr. Hani Khouzam, quoted in, "Live music at Fresno's VA Hospital makes a big difference," by Diana Marcum, Los Angeles Times, January 16, 2013

"When you play a musical instrument you have to learn about tone and about scores and your ability to store audio information becomes better. So not only does this make it easier to pick up other languages and have a better verbal memory in your own language, we have also seen that musicians are able to pick out exactly what others are feeling just on the tone of their voices. Empathy, disappointment, that kind of thing."- Quoted in ,"Playing a Musical Instrument Makes you Brainier," by Richard Alleyne, The Telegraph, 10/27/2009

"After silence, that which comes nearest to expressing the inexpressible is music."- Aldous Huxley

"I would say that music is the easiest means in which to express, but since words are my talent, I must try to express clumsily in words what the pure music would have done better."- William Faulkner

"The state of mankind improves through music; music not only trains but educates individuals and makes them fit for a life of community.  Music is spiritual and mental food, an edifying and educational power.  In comparison with sports (the motion of bodies), music (the motion of sounds) belongs to a higher sphere.  In extreme cases, one encounters the tenet that music actually elevates man into a higher realm, transforming him into a new form of the human species." - Albrecht Riethmüller, "Music Beyond Ethics," Archiv für Musikwissenschaft, p. 170, Volume 65, Issue 3, 2008

"Music is a higher revelation than all wisdom and philosophy."- Ludwig van Beethoven quoted in "Music Is a Potent Source of Meaning," Tom Jacobs, August 20, 2015

"Music is freakin’ magical. In 40-some years I have never gotten over it — you take some seemingly random marks on a page, you blow air through a carefully constructed tube, and what comes out the other side is a sound that can convey things that words cannot. And you just blow air through a tube. Or pull on a string. Or whack something. And while we can do a million random things with a million random objects, somehow, when we just blow some air through a tube, we create sounds that can move other human beings, can reach right into our brains and our hearts. That is freakin’ magical."- Peter Greene, "Stop 'defending' music education," The Huffington Post, June 11, 2015

“We need people who think with the creative side of their brains—people who have played in a band, who have painted…it enhances symbiotic thinking capabilities, not always thinking in the same paradigm, learning how to kick-start a new idea, or how to get a job done better, less expensively.”- Annette Byrd, GlaxoSmithKline

"Music has positive affects on people's emotions and creativity. When we sing together, we synchronize our breathing and feel more connected. Music is also an effective, almost magical medium for learning and retaining information, [because] it activates three different centers of the brain at the same time: language, hearing, and rhythmic motor control. By inducing emotions, it also creates a heightened condition of awareness and mental acuity. Words paired with music are far easier to retain. As an example, most of us can remember the words and meanings of songs we haven't heard for years. Isn't it interesting how you still remember your ABCs?"- Don McMannis quoted in, "Use Music to developm kids' skill and character," Edutopia, March 19, 2009

Recreational Music Making (RMM) has been scientifically proven to help the U.S. workplace by:

Every worker can participate in RMM. There are no physical limitations or requirements.

The Weekend Warriors program is a national recreational music making initiative that encourages adult music lovers to make the jump to being music makers. Participants learn how to play music from a professional musician who coaches the group through five to eight weeks of song building on the weekends. At the end of the session, the group shows off their new musical skills during a performance at a local venue.

The program was launched in 1993 by Skip Maggiora of Skip’s Music in Sacramento, Calif., and was designed to encourage older adults who once played an instrument or who have never pursued the activity to start playing for real.
Maggiora licensed the idea to the National Association of Music Merchants (NAMM), which encourages its NAMM Member retailers across the United States to offer the program in their community stores and provide adults with the opportunity to experience the many proven social, physical and wellness benefits of making music.

Since the program was started, thousands of middle-aged, career-minded adults such as doctors, lawyers and engineers, have become “weekend warriors” and are now living out their rock star dreams by playing in a band on the weekends.

Started by NAMM in the early 1990s, New Horizons Music programs provide entry points to music making for adults, including those with no musical experience at all and those who were active in school music programs but have been inactive for a long time. Many adults would like an opportunity to learn music in a group setting similar to that offered in schools, but the last entry point in most cases was elementary school. We know that for most of the last century, about 15-20 percent of high school students nationally participated in music. From that, we can estimate that at least 80 percent of the adult population needs beginning instruction in order to participate in making music. New Horizons Music programs serve that need.